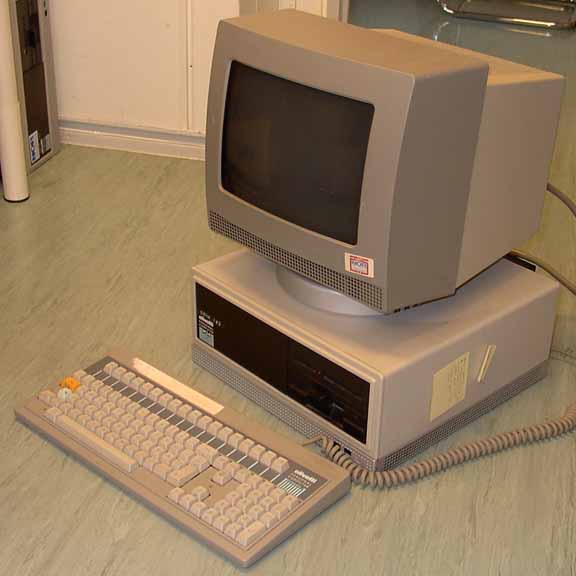 This was a very fast IBM compatible PC of its time. With its 16 bit databus width it was about twice as fast as the PC-XT.

They would typically have a 20MB MFM harddisk and have 512K RAM.

The 16 bit bus is also present in the card slots with an extra connector but it is not AT compatible, The PC-AT was later. The slots are XT compatible in a similar way as the AT slots are.

It had 360KB 5.25" floppy and as this was the only choice at the time no other floppy is supported in the bios. Setup is done with dip-switch and autodetect (there is no setup program or bios-inbuilt setup).

The graphics card was also special. It was CGA compatible but also had some EGA like mode. This was compatible with Tandys early PC clones.

I used one of these at work back in the mid 80s.

I have two working machines, one keyboard and one color monitor (the monitor belongs to a friend but he let borrow it as long as I like). I have some spareparts too; another machine with a bad powersupply, two black&white monitors of which none works (but the fault is different so maybe sometime a merge of those). 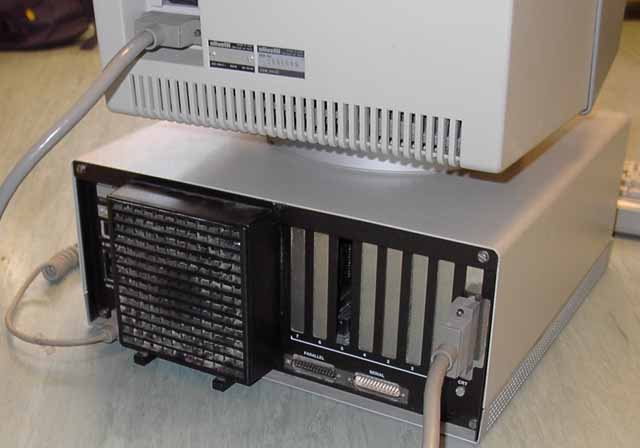 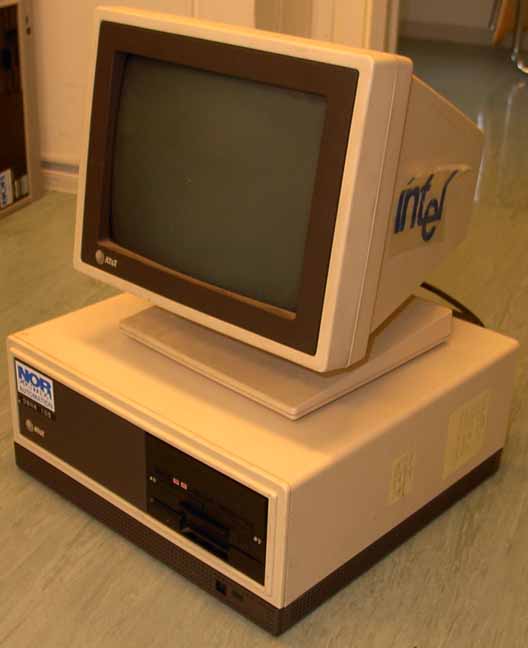 But alas the AT&T keyboard is gone. The monitor (green) is not working. The machine is the one with the broken powersupply but otherwise works... The black and white monitors were powered from the graphics card. 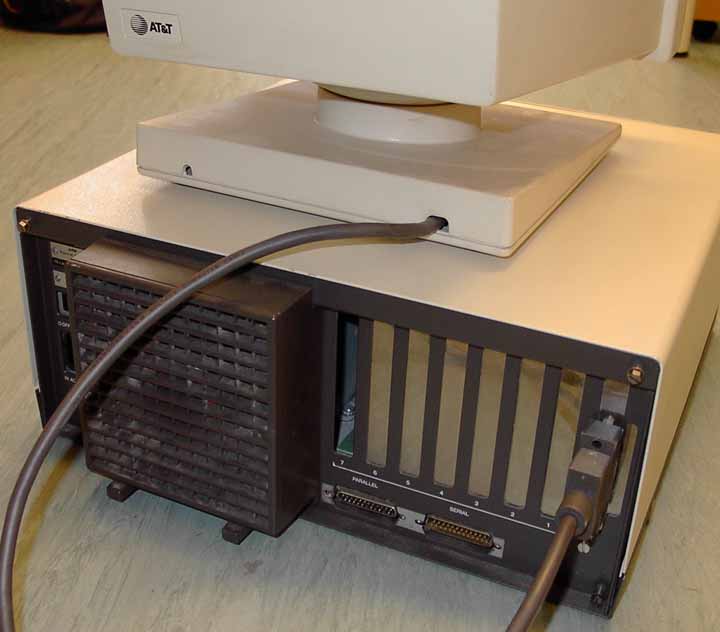